Fiction, we have a problem.

We all know this. We do. We don’t need numbers to see that, like everywhere in our society, marginalization of black people is still a huge problem in publishing. Specifically, as outlined here in Fireside’s special report, we see that marginalization in short fiction magazines and their online equivalents. These same problems persist across publishing, but our study is focused on the world Fireside lives and breathes in: the speculative short fiction market.

We don’t need the numbers to know that racism is a problem in our field. But we have them. 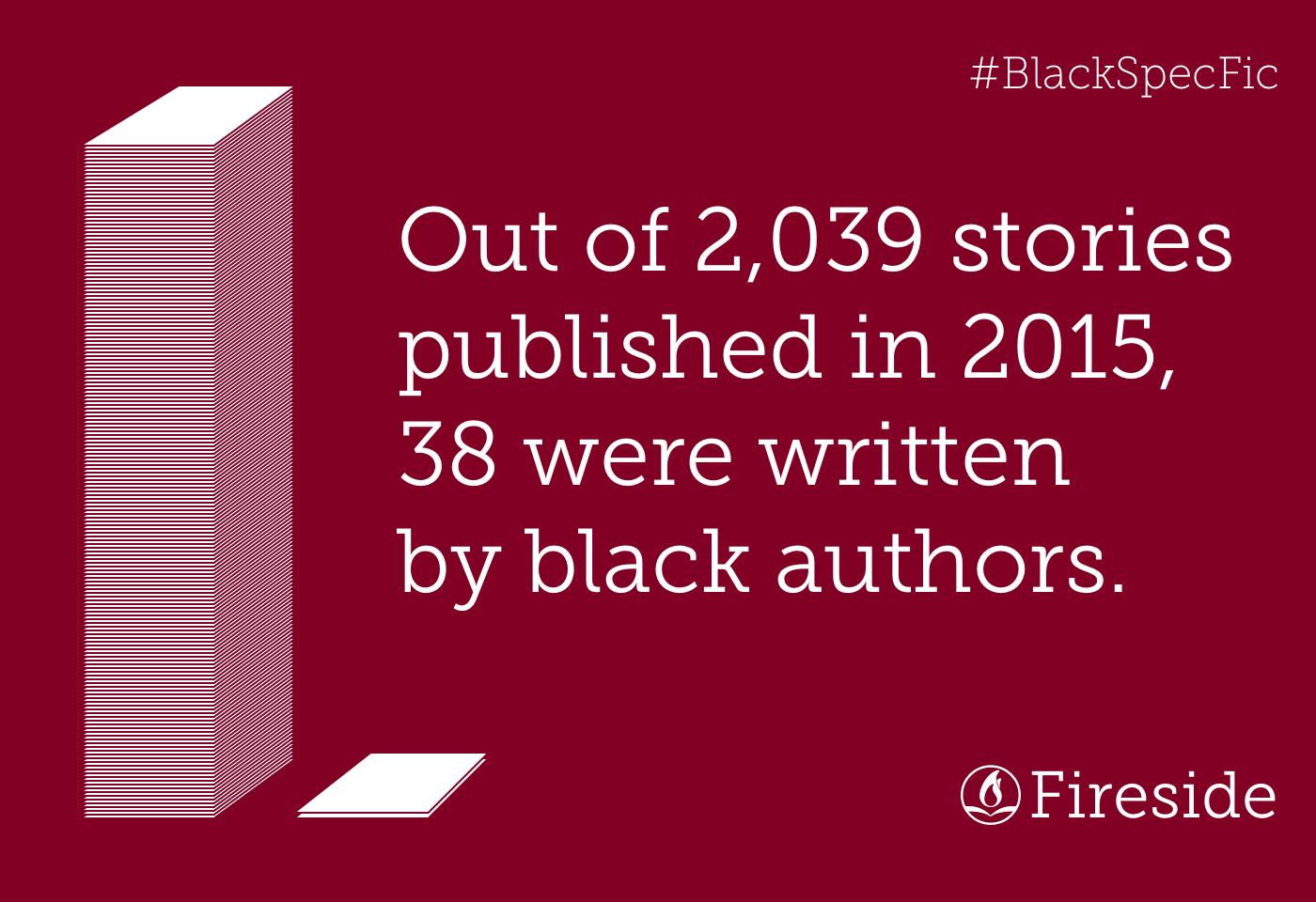 Are you fucking kidding me?

These numbers are powerful. Because what they point to is this: this isn’t random. This isn’t some fluke, as Cecily Kane, Ethan Robinson, and Weston Allen, the report’s researchers, found. 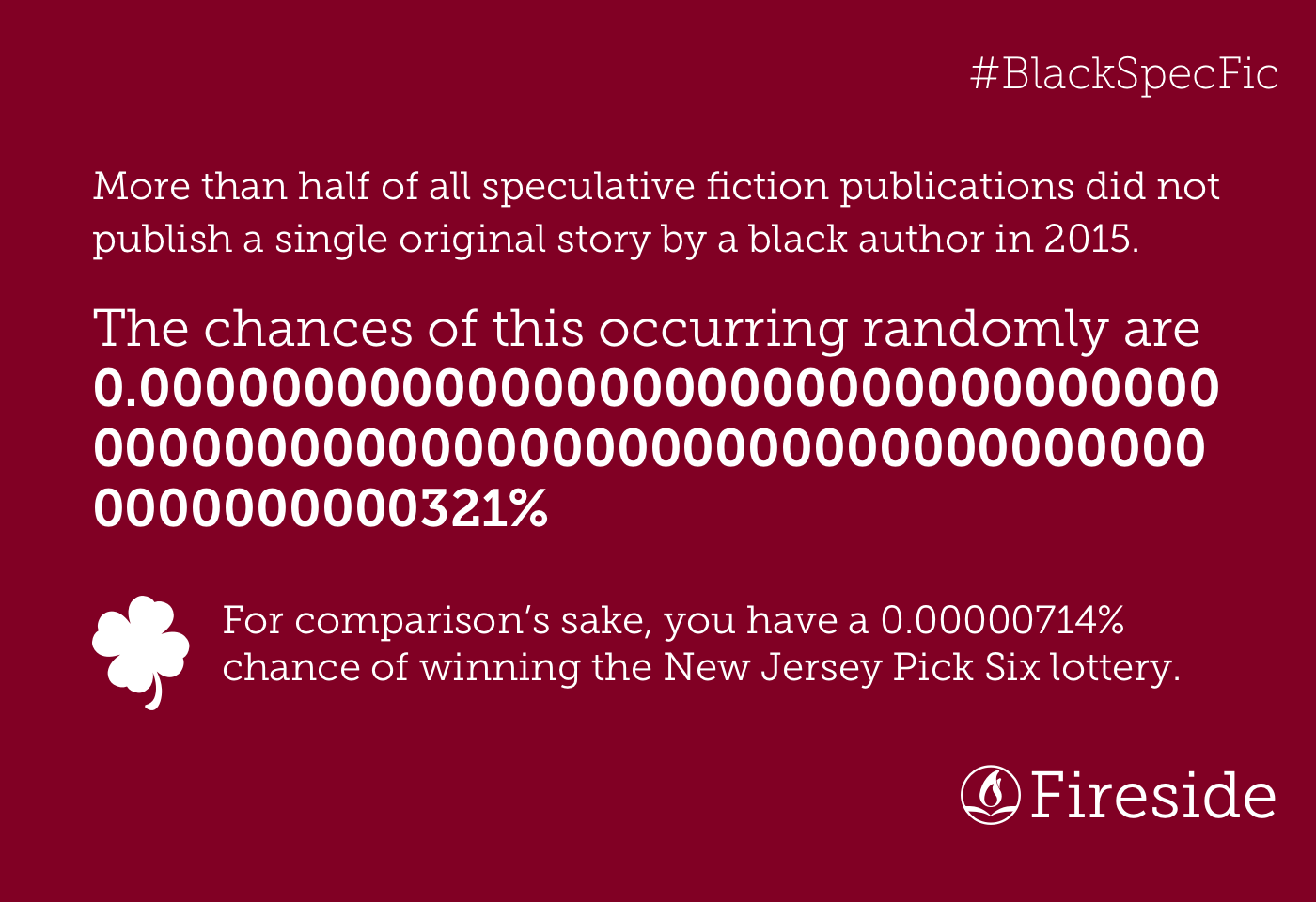 So what’s going on here? There are a lot of factors. Sure, as N.K. Jemisin says in our interview with her, some black writers opt out of the publishing system and self-publish, and have been doing so for years. But before you say, “A-HA! SEE THERE IS NO RACISM,” these writers do this because of the racism in the system. Why bother trying when you know you don’t have a chance?

Overt racism is only a small part of the problem, though. It’s the more subtle biases that really do us in. There’s the editor who “doesn’t get” a great story set in a black community. As N.K. says in her interview and as Tobias Buckell writes, there’s the casual dismissal of any conversation about racism by saying, “Well, here are four black authors I can name off the top of my head.” It’s always the same four authors, though. The names change, but the implications don’t. The advice to write “what the market wants” is code for white characters and white stories. The opportunities to network, like six-week writing workshops or weeklong conventions, are really only open to those with the means to miss work. The entire system is built to benefit whiteness, and to ignore that is to bury your head in the flaming garbage heap of history.

Our goal in publishing this report is not to call out individual magazines. It’s to call out the entire system. It may look easy for me to say that, because in 2015, 3 of Fireside’s 32 stories were written by black writers. That’s 9.4 percent! Near the top of the entire list of 63 magazines!

Guess what? In 2016, Fireside hasn’t published a single black writer. We have one or two in the pipeline for later in the year, but we’ve failed. We’re all failing. You can’t point to, as Nisi Shawl writes, the ones and twos and rarely threes representing the number of black writers in a magazine in the spreadsheet and pat yourself on the back. We’re certainly not.

So here’s what Fireside is going to do

There’s a lot more we can do. And I promise you, we’re going to kick our own asses every day to make sure we are always doing better.