The January issue of Fireside Quarterly is almost finished — we just took delivery of the print issue from the printers, and I’m writing to you from Kickstarter Headquarters in Brooklyn NYC, where we’re recording audio versions of every story, essay, and poem in the January issue.

We’ll have more information about our audio program soon, but first, it’s my pleasure to reveal to you the cover of the January 2019 issue of Fireside Quarterly, featuring the striking illustration that Bernard Lee has painted to accompany Karen Osborne’s story, ‘The Blanched Bones, The Tyrant Wind’: 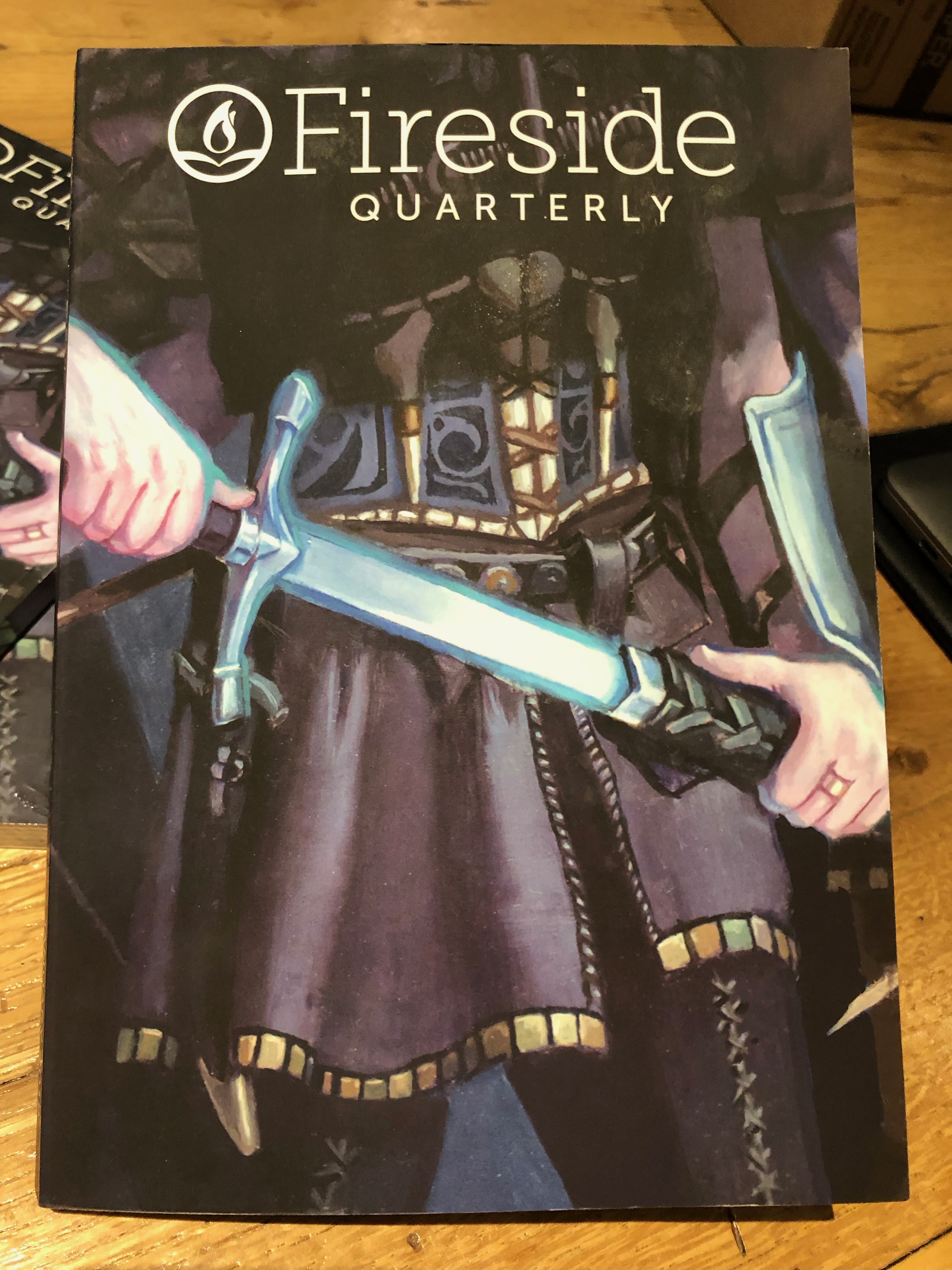 Our cover, as always, is only a crop of the full, landscape oriented illustration that accompanies Karen’s story. It’s a powerful piece that perfectly complements a powerful story. We put this issue to bed a little bit before the mid-term elections here in the United States, and when I chose to use this piece for the cover, I hoped that by January, the new year would find us off the back foot, and ready to fight back against the clowns currently calling the shots. It’s still too early to tell, but there are encouraging signs, and that’s what this cover means to me.

We hope you enjoy this sneak peek at the cover art—we can’t wait for you to see the full illustration when we ship out the January issue to our subscribers. If you want to get the first look, subscribe to Fireside Quarterly today!

Pablo Defendini is a designer and developer for hire, with a focus on editorial design for digital media. He helped launch Tor.com, before moving on to work for companies that sit in the overlap between publishing and technology, like Open Road Media and O’Reilly. Pablo was born and raised in San Juan, Puerto Rico, lives in New York City, and works with people all over the world.